You are here : Accueil » Economy » Sub-Saharan Africa’s Leadership to Nowhere

Why are the countries of sub-Saharan Africa the poorest in the world? One reason is the set of ill-designed development strategies that the IMF and the World Bank have implemented in the region for nearly half a century. But the centuries-old culture of leadership that is ingrained in many African societies has played an equally disastrous role. 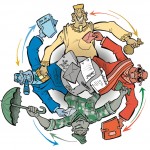 Indeed, the overwhelming majority of African rulers regard their countries as their personal possessions, to be used as they see fit. This conception of power led in past centuries to kings handing over their subjects to slave traders. Nowadays, leaders squander their countries’ resources and revenues, leaving the majority of their populations mired in poverty, disease, hunger, war, and hopelessness.

The current oil rush in West Africa is a perfect illustration of the problem. Instead of being an asset, oil has become a liability that generates poverty, corruption, ethnic conflict, and ecological disaster.

It need not be this way. Venezuela’s President Hugo Chávez, for example, is using his country’s oil revenues to provide free literacy training and health care, to help alleviate the debts of his Argentinean and Ecuadorian neighbors, to forge energy alliances in Latin America and the Caribbean, and to propose a strategic rapprochement with the Andean countries. He has revived pan-Americanism, and Venezuela has become a member of Mercosur, the regional grouping whose other members include Argentina, Brazil, Chile, Uruguay, and Paraguay.

But, if a dysfunctional culture of leadership has put a similar agenda of unity and social progress out of reach for sub-Saharan Africa, so have the IMF and the World Bank. When sub-Saharan African countries gained independence in the late 1950’s and early 1960’s, their leaders inherited bankrupt states with no access to international capital markets. As a result, newly established African leaders had no alternative but to sub-contract economic development to the IMF and World Bank and the Western countries that control them.

Economic liberalization, deregulation of capital movements, suppression of subsidies, privatization of valuable public assets (liquidation would be a more appropriate word), fiscal austerity, high interest rates, and repressed demand became the order of the day. Structural adjustment programs demanded by the IMF and the World Bank ended up transforming these countries into dumping grounds for over-subsidized Western agricultural surpluses and over-priced and obsolete manufactured goods.

It was obvious from the outset that the IMF/World Bank strategy was doomed to fail. Their loans were designed to perpetuate Africa’s role as a supplier of raw materials, while entangling the continent in an inextricable web of debts and dependency on the “aid industry.” The IMF can cut off not only its own credit, but also most loans from the larger World Bank, other multilateral lenders, rich country governments, and even much of the private sector.

But consider Argentina, which suffered a deep four-year depression, beginning in 1998. Rejecting IMF demands for higher interest rates, utility price increases, budget tightening, and maintenance of the peso’s unsustainable link to the US dollar, Nestor Kirchner’s government was able to chart its own economic course. Despite repeated threats from the IMF, Argentina took a hard line with foreign creditors, who were owed $100 billion. In September 2003, Argentina did the unthinkable: a temporary default to the IMF itself. The Fund eventually backed down, leading to a rapid and robust economic recovery.

Similarly, sub-Saharan Africa’s development cannot not be delegated to others. Fortunately, there is hope that the region can resist the West’s destructive neo-liberal agenda. According to the US Energy Department, America’s annual oil imports from Africa will soon reach 770 millions barrels, bringing an estimated $200 billion to the continent over the next decade. If oil prices remain high – likely in the foreseeable future, given strong demand from the US, Japan, China, and India – oil revenues could reach $400-600 billion.

To reap the benefits, sub-Saharan Africa must form an oil-based confederation under the tutelage of thoroughly reformed regional groupings aimed at encouraging economic integration and political union. This would provide the region with the muscle to pursue a development strategy similar to that adopted in the past by the US, the European Union’s member states, and the East Asian countries.

All of these countries imposed capital controls and regulated inward foreign investment in the early stages of their economic development. Sub-Saharan Africa is no different. The focus must be put on diversifying the economy and enhancing the productive capacity of domestic suppliers. This will mean designing foreign partnerships with a view to ensuring that local businesses benefit from technology transfer and training, thereby generating higher value-added in domestic production and exports. It also implies subsidizing and protecting domestic production, just as all developed nations once did – and still do whenever it suits them.

The first step towards implementing such policies, however, must be to re-invent and reinvigorate a pan-African identity. Europe, Asia, and, increasingly, Latin America, are showing that regional integration provides the healthiest path to development. In Africa, this will not be possible until a new breed of genuinely public-spirited leaders emerges. Reducing sub-Saharan Africa’s dependence on the IMF and the World Bank might bring that day closer.

Another of our Wednesday rendezvous with Africa... We will be looking at how former British colonies have fared in comparison to their francophone counterparts. Part of our tribute to 50 years of … END_OF_DOCUMENT_TOKEN_TO_BE_REPLACED

The decades when the continent couldn’t raise major funds on ordinary commercial markets are over, but there are still worries about over-indebtedness. by Sanou Mbaye The nations of sub-Saharan … END_OF_DOCUMENT_TOKEN_TO_BE_REPLACED

Nowadays, African countries are wooed because they are perceived as the spearheads of the world economy. The Economist, the English weekly newspaper, predicts that in the next five years, seven out of … END_OF_DOCUMENT_TOKEN_TO_BE_REPLACED 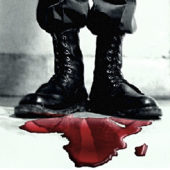 West African expectations of Europe
Next