DAKAR – China’s sacred text is not a holy book like the Torah, the Bible, or the Koran. Instead, it is The Art of War by Sun-Tzu. Sun’s core belief is that the “ultimate excellence lies not in winning every battle but in defeating the enemy without ever fighting.” 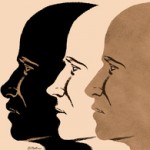 So it is no surprise that cunning and deception form an essential part of Chinese diplomatic and corporate culture. Indeed, down through the ages they have served as the touchstone for Chinese leaders’ survival and success.

Nowadays, we are witnessing the application of Sun’s ideas in Africa, where China’s prime objectives are to secure energy and mineral supplies to fuel its breakneck economic expansion, open up new markets, curtail Taiwan’s influence on the continent, consolidate its burgeoning global authority, and clinch for themselves African-allocated export quotas. (The Chinese takeovers of South African and Nigerian textile industries are good examples of this strategy. The textiles exported the world over by these industries are deemed African exports when in reality they are now Chinese exports.)

Astutely, China has sought to place its African investments and diplomacy within the context of the old non-aligned movement and “Bandung spirit,” an era when many Africans viewed China as a brotherly oppressed nation, and thus supported efforts by the People’s Republic to gain a permanent seat on the United Nations Security Council, to replace Taiwan. And, of course, China offered firm backing for Africa’s anti-colonial struggles and efforts to end apartheid.

What the Chinese are silent about is that their country’s growing engagement in Africa has created both opportunities and risks for African development. Although China’s trade, foreign direct investment (FDI), and aid may broaden Africa’s growth options, they also promote what can only be called a win-lose situation. For, excluding oil, Africa has a negative trade balance with China.

Making matters worse, African exports to China are even less technology-intensive than its exports to the world. China’s share of Africa’s unprocessed primary products was more than 80% of its total imports from Africa. Equally, imports consist of cheap Chinese products of appallingly poor quality.

The level of Chinese FDI flowing into Africa at present is staggering. But this Chinese FDI is bundled together with concessional loans, and there is much double-counting, with the same ventures being recorded both as aid flows and as inflows of FDI. Given the heavy volume of concessionary loans provided by China, concern about African countries’ future debt burden is growing. And no matter how much China publicizes its record in Africa, the greatest contributor of financial inflows to the continent is the African diaspora. Indeed, South Africa, not China, is the country making the largest investments in the rest of Africa.

China’s credo of “non-interference in domestic affairs” and “separation of business and politics” is, not surprisingly, music to the ears of African leaders, who fall over each other to sing the praises of Chinese cooperation with their countries. These leaders’ attitudes recall the worst behavior of their predecessors, many of whom engaged centuries ago with the West’s rising imperial powers to halt the growth of indigenous industry. Instead, these potentates of the past chose to import manufactured goods from Europe in exchange for their own subjects, whom they exported as slaves.

When slavery was abolished, the terms of partnership with Western colonizers changed from trade in slaves to trade in commodities. After independence in the early 1960’s, during the Cold War, they played the West against the Soviet bloc for the same purpose.

Today, many African leaders pursue similar policies with China, which has struck bargains across Africa to secure crude oil, minerals, and metals in exchange for infrastructure built by Chinese companies. Hence, the import of Chinese labor into a continent not lacking in able-bodied workers. Indeed, within a mere decade, more Chinese have come to live in Africa than there are Europeans on the continent, even after many centuries of European colonial and neo-colonial rule. With apartheid-style practices – including the gunning down of local workers by a Chinese manager in Zambia – Chinese managers impose appalling working conditions on their African employees.

Today, China has seized control of a huge swath of local African industries, in the process grabbing their allocated export quotas. As China’s global economic role increases, its labor costs will rise and its currency will appreciate, eroding its competitiveness. Might Chinese manufacturers then look to Africa as a base for production, using the facilities they have built and the hordes of workers they have been steadily exporting there?

Chinese leaders pride themselves on a keen sense of history, and on taking a long-term view of China’s development. Still, in perpetuating a partnership with the same breed of corrupt leaders that colluded with Africa’s previous invaders and exploiters, the Chinese have forgotten that Africans, albeit often their own worst enemies, have nonetheless gained the upper hand over their foes in the end.

The descendants of slave traders and slave owners in the United States now have a black man as their president; Africa’s colonizers have all been defeated and kicked out; and apartheid’s proponents are now governed by those they despised and abused for generations. Unless the Chinese mend their ways, the same fate awaits them in Africa. Sun-Tzu would understand that.

Sanou Mbaye, a former member of the senior management team of the African Development Bank, is a Senegalese investment banker and the author of L’Afrique au secours de l’Afrique (Africa to the Rescue of Africa).

Another of our Wednesday rendezvous with Africa... We will be looking at how former British colonies have fared in comparison to their francophone counterparts. Part of our tribute to 50 years of … END_OF_DOCUMENT_TOKEN_TO_BE_REPLACED

Stakeholders in the Côte d’Ivoire crisis
Next