You are here : Accueil » Conferences » Africa : Economic growth and sustainability 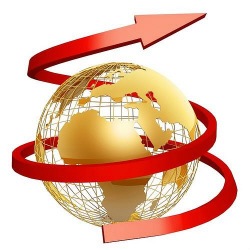 After four decades of sluggish economic activities, improved macroeconomic conditions, better business climate, political and currency stability, and a burgeoning middle class have triggered economic growth in many African countries. Telecom, banking, and retail are flourishing. Construction is booming. Foreign investment is surging. Africa’s long term economic prospects are so strong that global business cannot afford to ignore them and is of the opinion that Africa holds commercial potential on a scale not seen since China opened up more than 20 years ago. Multinational companies have started investing heavily in the region: telecom firms have signed up 316 million new African subscribers since 2000, more than the population of the United States. Wal-Mart recently bid $4.6 billion for one of the region’s largest retailers.

However, if Africa’s economic momentum is widely recognised by the world business community, less known are its sources and likely lasting powers. African countries’ macroeconomic performance has improved dramatically over the last three decades. Inflation has subdued, foreign-exchange reserves and savings rates have increased, public finances showed surpluses and external debt has decreased. Africa is now one of the world’s fastest-growing economic regions. Between 2000 and 2008, the continent’s collective GDP grew at 4.9 per cent per year — twice as fast as in the preceding two decades. In 2008, Africa’s combined economic output reached $1.6 trillion and consumer spending $860 billion. During the 2009’s global recession, Africa and Asia were the only two regions in the world where GDP rose.  Indeed in 2009 Africa was the third-largest contributor to world economic growth, after China and India. Africa now boasts more than 100 domestic companies with revenue greater than $1 billion. With good reason, Africa offers the highest rate of return on investment of any region in the world. The International Monetary Fund estimates that in` sub-Saharan Africa, a collection of 47 countries will grow 5.5% in 2011 and 6% in 2012.

The dynamics behind this renewal are both internal and external.

African countries were confronted with a debt crisis as early as in the 1970s. For the repayment of these debts and for fiscal rebalancing, they became the testing ground for the International Monetary Fund and the World Bank for the implementation of Structural Adjustment Programmes (SAP). These programmes always included the same set of measures: currency devaluation, decontrol of exchange rates, higher interest rates, financial deregulation, trade liberalisation, privatisation, wage cuts, reduction in the public service through budget cuts and massive retrenchments as well as labour market deregulation.  Their implementation led to famine, environmental destruction and the dismantling of health, education, infrastructural and social welfare programmes.

Hard won Government economic reforms have paid off. For the last decade long-term trends have been all about sound public finances, economic growth, healthier business environment and burgeoning middle class.

More than 30 million Africans living outside their countries of origin are contributing every year for more than 40 billion dollars in remittances to their families and communities back home. Remittances are the continent’s largest source of foreign capital after Foreign Direct Investment (FDI).

Africa’s growing young population is a key asset. In 1980, just 28 per cent of Africans lived in cities. Today, 40 per cent of the continent’s 1 billion do. Africa markets are expanding. Over the past decade the number of middle-class consumers in Africa — those who spend between $2 and $20 a day —, has expanded more than 60% to 313 million, according to a new report from the African Development Bank Group.  Its number rivals that of the middle classes in China and India. Africa’s emerging middle class, and the accompanying consumer demand, is seen as an increasingly powerful economic engine, one that can complement the continent’s traditional reliance on agricultural, energy and mineral production and exports.

Rising urban centers, a growing consumer class, and sizzling business deals have given birth to a dynamic informal sector which are more and more connected to the modern economy. With increased access to credits, this originally cash-based economy is a major contributor to the development of the productive capacity of the region. It is a major generator of job creation and is home to two-thirds of the retailers.

African countries have lowered trade barriers and cut taxes. As a result, regional trade has increase. Trade statistics do not capture that vital bigger force, the informal economy. A large proportion of intra-regional trade is carried out by small and medium enterprises from the informal operators. They are exporting all sorts of goods and services around Africa. Suited executives and business dealers are spotting opportunities across borders and are going out to grab them. They are the main proponents of the economic integration that is taking place.

Revenues from natural resources, the old foundation of Africa’s economy, directly accounted for just 24 per cent of growth during the last decade; the rest came from other booming sectors, such as finance, retail, agriculture, and telecommunications. Not every country in Africa is resource rich, yet GDP growth accelerated almost everywhere.

The entry of fast-growing economies such as China, India, Korea, Turkey, Brazil and Malaysia into Africa in the early 1990s broadened Africa’s countries options for economic growth and  provided a platform for increased exports and the inception of a cooperation model based on trade, investment economic diversification.

Race for commodities from emerging markets entails a surge of global commodities price over the last decade: oil rose from less than $ 20 in 1999 to $145 in 2008. Gold broke the $1,500 an ounce barrier. Sub-Saharan Africa now conducts half of its trade with the world’s emerging economies.

Africa offers the highest rate of return on investment of any region in the world. Capital flows to the continent increased from just $15 billion in 2000 to $87 billion in 2007 – relative to GDP almost as large as the flow into China. And when oil and gas investments are stripped out, South Africa, the continent’s industrial and financial centre, is now the largest investor in the rest of the continent, not China or the US.

If there is no doubt that African political and economic environment are improving, it remains that some 61% of its population of one billion people are still living on less than $2 a day.  Unemployment among young people which make up more than half of the total population in some countries of sub-Saharan Africa is extremely high. So, if the present economic embellishment is to create jobs, especially for the urban youth, and make genuine inroads in tackling poverty, there are a few imperatives that need to be met:

Another of our Wednesday rendezvous with Africa... We will be looking at how former British colonies have fared in comparison to their francophone counterparts. Part of our tribute to 50 years of … END_OF_DOCUMENT_TOKEN_TO_BE_REPLACED

The decades when the continent couldn’t raise major funds on ordinary commercial markets are over, but there are still worries about over-indebtedness. by Sanou Mbaye The nations of sub-Saharan … END_OF_DOCUMENT_TOKEN_TO_BE_REPLACED

Nowadays, African countries are wooed because they are perceived as the spearheads of the world economy. The Economist, the English weekly newspaper, predicts that in the next five years, seven out of … END_OF_DOCUMENT_TOKEN_TO_BE_REPLACED

Africa’s Winds of Change Return
Next