You are here : Accueil » Economy » Sub-Saharan Africa on the Sidelines, A false economic dawn? 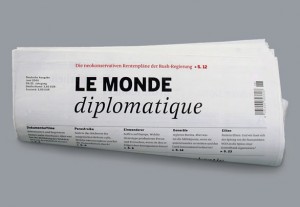 After the collapse of the Mobutu regime Zaire, now renamed the Democratic Republic of Congo, has been left stripped of resources, in spite of the mineral wealth being eyed covetously by foreign investors. Elsewhere, the International Monetary Fund’s figures point to a significant improvement in sub-Saharan Africa. However, imposing structural adjustment, privatisation and deregulation policies has resulted in impoverishing the populations of heavily indebted countries at the mercy of speculative capital.

Seeing the pictures of death and poverty coming from sub-Saharan Africa, it is hard to believe in the economic improvements shown by the International Monetary Fund figures published in 1996 (1)See World Economic Outlook, IMF, Washington, October 1996. . Average annual economic growth rates, according to the IMF, were 2.9% in 1994, 3% in 1995 and 5% in 1996. Compared with the 1.7% average between 1981 and 1990 and 0.7% between 1991 and 1993, the results of the last three years would signal an economic revival. But, being measured according to the criteria of globalisation, they conceal fundamental deficiencies.

According to these criteria, it is the relationship between foreign trade and gross national product (GNP), the ratio of manufactured goods to exports, the volume of private foreign investment and the degree of solvency that determine whether a region’s economies are successful or marginalised. Most exports from sub-Saharan Africa are still agricultural and mining raw materials. Many countries derive up to 90% of their GNP from agriculture. The current improvement has been brought about by the exceptional rise in the prices of raw materials, notably coffee and cocoa of which Côte d’Ivoire is the main producer.

In 1996 Côte d’Ivoire’s economic growth rate was 6.5%, compared with 1.8% in 1994. The rise in prices has led to encouraging results in Mali, the region’s main cotton producer. Cereal production in southern Africa has increased considerably after good rainfall. Zimbabwe’s agricultural production has risen by 20%.

“Aid” represents 11% of the GNP of countries in the region, with the exception of South Africa. This compares with 1.2% in the Middle East and North Africa, 0.7% in Asia and 0.4% in Latin America. The “aid” contributed by the industrialised countries, the IMF, the World Bank and the African Development Bank (ADB) is in fact an industry. The credit is used purely to buy goods and services from the lender countries and for divisive projects which do not meet real needs, but create debts that are a drain on the rural population. These projects do not promote development, they simply fill the order books of the lender countries and the pockets of elites in the recipient countries. When not spent on arms, the loans or “gifts” can also be used to pay off arrears of interest and obtain further credit.

The second factor which determines whether a region can be integrated in the global economy is the ratio of manufactured products to exports. The World Bank and the IMF, advocates of the economic theory of comparative advantage, have allocated sub-Saharan Africa the role of raw materials supplier in the international division of labour. The idea was that revenue from the sale of these basic products would be used to finance industrialisation. This failed to take account of the steady erosion of prices over the past 30 years or so.

According to the United Nations Industrial Development Organisation (UNIDO), industrial growth in Africa has been under 1% in the 1990s (compared with 8% in the 1960s). As a result Africa has lost shares of the market in both production and exports. Transport, insurance and telecommunications costs, the highest in the world, also make the continent uncompetitive. In 1991 15% of the total value of exports was spent on freight and insurance costs, compared with 5.8% in other developing countries. In 15 countries in sub-Saharan Africa the cost accounted for over a quarter of export revenue. Africa’s share of world trade fell from 3% in 1990 to 2.5% in 1996.

The third yardstick of success in the world market is the volume of private investment. This depends on the reforms introduced. Exchange controls have been lifted in sub-Saharan Africa with the backing of the World Bank and IMF. Exchange rates are determined by the market. The private sector is able to control infrastructure administration and maintenance, port management, electricity production and distribution and the establishment of telephone systems (2)Twelve investment funds had already been set up by 1 January 1996 to implement the privatisations . A $1 billion portfolio has been invested in Africa’s stock markets – South Africa, Côte d’Ivoire, Ghana, Nigeria, Kenya, Namibia, Zimbabwe and Mauritius – and every country has plans to establish one.

The same is happening in the banking sector. The Kenyan government sold off 20% of the Kenya Commercial Bank’s capital in 1994 and has decided to reduce its holding still further. Similarly Ghana has given up 60% of its holding in the Ghana Commercial Bank. But the most radical changes in the consolidation of the banking sector in sub-Saharan Africa will come from South Africa. The First National Bank has acquired Meridien BIAO in Swaziland. Standard Bank of South Africa has bought up the African network of ANZ Grindlays and Meridien BIAO in Tanzania and has 77 branches in 14 African countries.

It is only the French banks, operating under the umbrella of the French-controlled Central Banks of West and Central Africa, that have remained untouched by the reforms and restructuring. They have had a virtual monopoly since the local banks were destroyed by the public finance rehabilitation programmes. The short-term financing which they prefer is more lucrative, especially when it is used to buy petroleum products, foodstuffs and luxury products. Consequently, the francophone countries do not have access to the medium and long-term financing that their SMEs need if they are to prosper and play a part in Africa’s industrialisation process.

Nearly 550 state-owned companies have been privatised and hundreds more will follow in the next ten years (3) See -A Continent in transition: Sub-Saharan Africa in the Mid 1990s-, World Bank, Washington, November 1995. Between 1988-94 $2.4 billion was raised from the transfer of parapublic organisations to the private sector, compared with $113 billion from privatisations in the developing countries as a whole. The sums raised in Africa are remarkably small, especially considering that they include the $500m invested in oil exploitation in Nigeria by Elf-Aquitaine and the $400m from the privatisation of the Ashanti goldmines in Ghana. The reason is that the sales were not usually open to international bidders; they were simply liquidations.

This applied particularly in the franc zone countries, where French industrial groups, anticipating the devaluation of the CFA franc, took over assets in the profitable economic sectors (energy, water, telecommunications, etc.). When the franc was later devalued, the acquisitions and the revenue that they should have earned for the countries lost all their value. It was legalised fraud, condoned by the elite at the expense of populations which are amongst the poorest in the world. With the draconian reforms imposed on the developing countries by the World Bank and IMF and the very high current interest rates to control inflation, profit margins are higher than in the industrialised countries. The highest rates of profit in sub-Saharan Africa in 1995 were 40%, making the region the most successful emerging market in the world in that period (4) -Reforms catch the eyes-, Financial Times, London, 20 May 1996. .

In 1991, however, the flight of capital from Africa was estimated at $135 billion (5) -Left out in the cold-, Financial Times, 20 May 1996- five times higher than total investments, eleven times higher than private sector investments and one hundred and twenty times higher than foreign investments. The 10% return was more than double the private capital invested in sub-Saharan Africa not including South Africa, which was only $4.7 billion in 1994 and $5 billion in 1995, less than in Argentina, Brazil or Thailand. Three countries received three quarters of the loans: Nigeria $1.9 billion (40%), Ghana $838m (18%) and Angola $409m (8.5%). They were used to finance investment in the exploitation of natural resources, petroleum, gas and minerals in particular.

Private foreign investment in petroleum, gas and mining development merely perpetuated the region’s dependence and impoverishment, systematically exploiting its resources without any productive investment, job creation or exports of manufactured goods by way of compensation. The incursion of private capital is likely to accentuate the problem. Since the introduction of mortgaged loans on borrowers’ assets and liquid funds, private investors are no longer deterred by the risk of insolvency.

The final criterion which determines whether a country is ready for globalisation is its solvency. This is another reason not to be too optimistic about the IMF’s growth figures for sub-Saharan Africa. The region is estimated to be $223 billion in debt – $175 billion from bilateral funds provided by the industrial countries and multilateral loans from the World Bank, the IMF and the African Development Bank. Countries in the region, with the exception of South Africa, spend a fifth of their export revenue on servicing this debt. Even so, arrears are building up, from $32.7 billion in 1990 to $62 billion in 1995, three quarters of annual export revenue. With the situation running out of control, three possible solutions have been put forward.

The second option, proposed by James Wolfensohn, the president of the World Bank, is to reduce the debts owed to the bank and the IMF by the poorest and most indebted countries in exchange for the introduction of “reforms” – the effects of which are only too well known.

The third solution is a commitment from aid donors to ensure that future loan programmes do not make the situation worse. Eritrea, which became independent in 1993, is to be congratulated on not falling into the aid trap and only using its own resources and real investment.

Consolidation and access to Afreximbank capital by the industrialised countries and their financial institutions would help reduce the exorbitant insurance, transport and communications costs that prevent Africa’s foreign trade from expanding.

The SADC countries have a combined GNP of $134 billion. Some, such as Lesotho, Botswana, Angola and Mozambique, showed spectacular economic growth in 1995 and 1996. Initiatives such as regional energy and transport projects by South Africa, Mozambique, Swaziland and Zimbabwe and programmes to get the East African Community (Kenya, Tanzania and Uganda) off to a fresh start go some way towards providing solutions for Africa’s persistent problems.

Unfortunately the same cannot be said for ECOWAS. Any serious integration initiatives by Nigeria, Côte d’Ivoire and Ghana, the group’s three economic giants, are hampered by the financial agreements between the francophone countries in the group and France in the West African Economic and Monetary Union (11) Members: Benin, Burkina Faso, Côte d’Ivoire, Mali, Niger, Senegal, Togo.

Nevertheless the markets that would be created for the industrialised countries by African development based on a proper investment, manufacturing and employment strategy financed by long term loans would have a potential equal to the markets created for the United States after the war by the reconstruction of Europe and Japan. But is anyone going to worry about the long term when money creation and an ever-growing debt encourage a short-term speculative outlook rather than productive investment?

(2) Twelve investment funds had already been set up by 1 January 1996 to implement the privatisations.

Another of our Wednesday rendezvous with Africa... We will be looking at how former British colonies have fared in comparison to their francophone counterparts. Part of our tribute to 50 years of … END_OF_DOCUMENT_TOKEN_TO_BE_REPLACED

CAPITALISM IN CRISIS
Next

Globalisation: at best, a mixed blessing for Africa