You are here : Accueil » Economy » Globalisation: at best, a mixed blessing for Africa

Perhaps Africa is fortunate that it has, to a large degree, been excluded from the new globalisation paradigm. It might be a blessing in disguise for the continent when one considers the origin, meaning and anticipated fate of globalisation. For the driving force of this new orthodoxy is the unfettered liberalisation of the world economy.

And, for this to flourish, three ingredients were necessary: -the end of the US dollar link to gold.

This came with President Richard Nixon’s decision in 1971 and, from then on, money supply was determined by the volume of credits created to finance state, corporate and private borrowings; – the development of the microchip and the breakthrough in computing and communication at the same time as the collapse of communism; – soaring national budget deficits and an uncompromising stand by the Bretton Woods institutions to rein them in regardless of human casualties. The first of these ingredients undermined the monetary control of central banks. Financial flows came to be dictated largely by hedge funds.

In this way capital markets and traders around the world, whose corporate culture is a mixture of greed and arrogance, have the power to humble the most powerful economies in the world. The second gave impetus to the relentless zeal of ideologues such as Ronald Reagan and Margaret Thatcher to lift the remaining barriers to the globalisation of capital markets. They were the standard bearers for the libertarian ideas of the Austrian school of economists led by the likes of Friedrich Hayek. The third ingredient meant that states were rendered hostage to the capital markets in order to satisfy their ballooning public sector borrowing requirements. But such prominence accorded to the capital markets in the context of an unlimited amount of liquidity born out of unchecked money supply, is an irresistible incentive for speculation. As a result, economic growth is no longer the automatic route to job creation. It is, in fact, quite the opposite.

Prosperity in these circumstances stems from short-term economic activities fuelled by gigantic take-overs, acquisitions and mergers, and by foreign exchange and derivative trading. All such activities are, of course, prone to generate job losses. A buoyant stock market and an increased rate of unemployment seem now to go hand in hand. Long-term productive activities have become a rarity. In such a world it is little wonder that the speculative tide has gained its own momentum.

It has a life of its own and no remedy can be seriously contemplated before a crash of immense magnitude has occurred. History tends to show us that this is the inevitable condition – the sine qua non – for states, hi-jacked by the moneylenders, to restore their lost sovereignty, perhaps by reverting to hyper inflation to wipe out their debts. Yet it is only once something of this kind occurs, when the speculative bubble has finally burst, that meaningful reform can be contemplated.

In the meantime, Africa is emerging for the United States of America as the last piece of relatively virgin territory, a place where unfettered capitalism can still prosper and buy a further lease on its survival before the beast dies in a global meltdown. But the blandishments offered by naked capitalism carry an unacceptable price: injustice, inequality and the loss of the moral fabric of society. This is certainly not what Africa needs; the strength of the moral fabric of African societies is what has carried them through the past 500 years of trauma. Anything that threatens this ‘social capital’ must be opposed. The policies and programmes which Africa needs in order to come to term with its problems will include political, social and economic integration across the continent.

It will also include micro credits to revive the traditional economic sectors, together with long term investment under the strong stewardship of a new brand of leaders untainted by corruption. Only under such innovative, creative and dedicated leadership will the well-being of Africa’s people be assured.

Another of our Wednesday rendezvous with Africa... We will be looking at how former British colonies have fared in comparison to their francophone counterparts. Part of our tribute to 50 years of … END_OF_DOCUMENT_TOKEN_TO_BE_REPLACED

The decades when the continent couldn’t raise major funds on ordinary commercial markets are over, but there are still worries about over-indebtedness. by Sanou Mbaye The nations of sub-Saharan … END_OF_DOCUMENT_TOKEN_TO_BE_REPLACED

Nowadays, African countries are wooed because they are perceived as the spearheads of the world economy. The Economist, the English weekly newspaper, predicts that in the next five years, seven out of … END_OF_DOCUMENT_TOKEN_TO_BE_REPLACED

Sub-Saharan Africa on the Sidelines, A false economic dawn?
Next 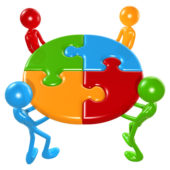 Legislation and litigation to rescue the development process