You are here: Home / Economy / Can Senegal Succeed ?

DAKAR – Senegal’s people are deeply disenchanted. In 2000, they enthusiastically went to the polls to elect Abdoulaye Wade as their president. Wade had campaigned as an agent of change, but change never came to Senegal throughout his decade in power. Now the only change he wants to make is to the constitution, so that he can retain his hold on power.

Unfortunately, Wade turned out to be almost a caricature of the dozy African potentate for whom power, nepotism, and embezzlement become indistinguishable. So deeply has he identified his and his family’s interests with the state that he appointed his son, Karim Wade, to head four different ministries – international cooperation, air travel, infrastructure, and energy – simultaneously.

To somehow make young Wade his successor, the 86-year-old president has resorted to every trick in the book. He staged a photo opportunity for his designated-heir with Barack Obama during the G-8 meeting in Deauville earlier this year, and followed that up with a trip to Benghazi – his flight escorted by French Mirage fighters – to lambast Colonel Muammar el-Qaddafi. In doing so, Wade broke ranks with the rest of the African Union, naively expecting to gain French and Western support for his bid to retain power.

Soon after, he launched his constitutional changes, which Senegalese view as an attempt to enshrine in law his son’s victory in the 2012 presidential election. Thousands marched in protest to the National Assembly in June, and the amendment has since been withdrawn.

Wade’s shortcomings have also hurt Senegal’s economy. Annual growth of 1.2% in the agricultural sector, which employs 60% of the population, cannot provide for a population that is growing at more than twice that rate. And this pathetic performance comes at a time when many African economies’ agricultural sectors are booming on the back of high world food prices.

Senegal under Wade has succeeded in irrigating only 15% of a planned 250,000 hectares, and now imports some 80% of the rice that it consumes. Fishery resources are over-exploited; animal husbandry suffers a similar lack of rigorous management; and the country spends a fortune buying the meat and milk that it could easily produce for itself if farmers had the proper incentives.

These are just a few examples of the vast misuse of the country’s resources, owing to the marked preference of Senegal’s elite to use import licenses to build up their own fortunes rather than develop import-substitution industries. As a result, Senegal, a cosmopolitan country, is missing out on Africa’s best opportunity for growth since de-colonization.

Indeed, Africa is at a turning point. Since 2000, its sub-Saharan countries have achieved average economic growth of 5-7%. In 2008, Africa’s combined economic output reached $1.6 trillion, and consumer spending totaled $860 billion. During the global recession in 2009, Africa and Asia were the only two regions where GDP rose. The International Monetary Fund forecasts 5.5% GDP growth in sub-Saharan Africa in 2011, and 6% growth in 2012.

Moreover, Africa now boasts more than 100 homegrown companies with annual revenue of more than $1 billion. Banking and retail are flourishing. Construction is booming, and foreign investment is surging. Telecom firms have signed up 316 million new subscribers since 2000, more than the entire population of the United States.

Wade’s inertia is particularly damaging because instability elsewhere in West Africa – civil and foreign wars, coups d’état, predatory corruption, and trafficking of all kinds – gives Senegal a chance to position itself as a regional power. For example, with sufficient investment, a port at Bargny could serve not only as a West African export base, but also as a processing hub for minerals and a center for the liquefaction of natural gas. Such investments would drive a decisive shift from low-productivity to higher-productivity sectors, boosting employment and wages.

Ghana, a newer democracy than Senegal, is an illuminating example. At independence, Senegal’s endowment of infrastructure and human resources was the best in West Africa. But five decades of economic mismanagement – first by the Socialist Party for 40 years, and then by Wade’s liberals for the last decade – eroded this heritage. Due to its superior infrastructure relative to Senegal, Ghana has attracted many billions of dollars more in foreign investment and records much higher trade volumes.

With the right governance, Senegal, with its longstanding political stability as a 51-year-old democracy and its strategic position bordering Mauritania, Mali, Guinea and Guinea-Bissau on Africa’s westernmost point, is ideally positioned to serve as the hub for natural-resource development in these countries – and in Burkina Faso, Gambia, and Niger as well. The economic benefits of such a strategy for Senegal are potentially vast: new industries in mineral processing, transport, and shipping, bringing higher-value-added employment; budget revenues from transit fees for minerals exports and pipelines; and improved infrastructure connecting the country’s rural heartland to Dakar and the coast.

There is hope that the popular protests of June will help bring Wade to his senses and allow the Senegalese to continue choosing their governments through transparent elections. Let us also hope that the next government will realize Senegal’s huge potential as a West African regional economic hub.

Sanou Mbaye is a former senior executive of the African Development Bank. His most recent book is L’Afrique au secours de l’Afrique (Africa to the rescue of Africa).

Another of our Wednesday rendezvous with Africa... We will be looking at how former British colonies have fared in comparison to their francophone counterparts. Part of our tribute to 50 years of … END_OF_DOCUMENT_TOKEN_TO_BE_REPLACED 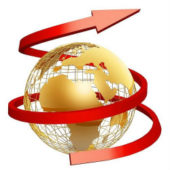 Africa : Economic growth and sustainability
Next