You are here: Home / Economy / Why the CFA franc must go 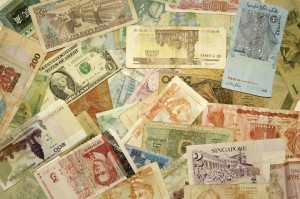 FOURTEEN OF THE former West African French colonies use the CFA franc, whose exchange rate is pegged to the French franc, as a common currency. The CFA franc was created, in its initial form, in the 19th century to help France shape and control the economies of her colonies. The scheme was quite useful to France, which it helped to resist the tremors of the economic crises of the 1930s; it was also extremely welcome by general de Gaulle when he sought means to finance his resistance and achieved it with the gold production of the African colonies.

After independence, some of these colonies chose to conduct independent monetary and exchange rate policies and left the system. These were Algeria, Morocco, Tunisia, Laos, Vietnam, Cambodia, Madagascar and Mauritania. It was quite the opposite for most francophone African countries (Benin, Burkina Faso, Cameroon, Central African Republic, Chad, Comoros, Congo, Cote d’Ivoire, Equatorial Guinea, Gabon, Mali, Niger, Senegal, and Togo). They surrendered the management of their foreign exchange reserves to the French treasury in exchange for the convertibility of the CFA franc. This status of convertibility has greatly benefited the economic players. But who stands to benefit most?

First we have the banks. The foreign-owned banks provide short-term facilities, making huge profits in financing essential imports like food and petroleum products. The high level of interest rates and commissions they charge in any current banking operations would be a deterrent for the African savers if they were allowed to choose.

The local banks try their best to finance medium and long-term investments, which are instrumental to any development process. Unfortunately for them, their main clients are the states and the para-statals. And these are almost all bankrupt. Consequently, the local entrepreneurs are starved of medium and long term financing.

A second range of beneficiaries are the private sector operators dominated by French firms settled in Africa since colonial times. They are refinanced by the Central Bank in which France exercises an absolute dominance thanks to the veto that the status bestowed on it. It enjoys a free flow of cheap labour and raw materials and a protected market for its manufactured products.

Another category of beneficiaries are the members of the elite who trade with their people and rush to transfer the proceeds abroad, mainly to France.

But the main beneficiary of all is still France. It provides “aid” and in exchange enjoys a vast market for its products, a steady supply of cheap raw materials, the repatriation of the lion’s share of the local savings, an unchallenged political influence, a strategic military presence and the certainty that it can rely on its African allies on the international stage, notably in the UN.

However, such a scheme has its economic price. The high level of the CFA franc exchange rate has rendered francophone Africa’s exports uncompetitive. Anyway, the bulk of the manufactured products were not meant for exports, but destined for the domestic markets. As a result, the structural adjustment programmes they try to implement through the 1980s were flawed in many ways. The limited scope of their objectives, i.e. curbing budget deficit without tackling the monetary and exchange rate imbalances, did more harm than anything else. Indeed inflation is more or less under control but interest rates are extremely high, thwarting any prospect of growth. Unemployment is skyrocketing. Promoting privatisation without existing stock markets is tantamount to handing over our most valuable assets to powerful French and foreign groups in the most unfavourable conditions. These groups are now speculating in the shadows for the devaluation of the CFA franc, so they can make their acquisitions at even lower prices.

Now all the talk is of devaluation. But devaluation may be helpful if it boosts exports and improves the trade balance. France has devalued 14 times since the end of the Second World War. The volume of its foreign trade indicates the advantages, but if the French economy benefited from the depreciation of its currency, it is mainly due to the fact that it had a strong industrial base, orders from its European partners, a dynamic private sector capable of delivering increased demand for goods and services, a stable political regime, and finally an environment conducive to business expansion.

The francophone countries do not have these advantages. Their industrial bases are shaky. Intra African trade is skeletal. The political regimes are unstable and unpopular and most of them owe their survival to French aid. In addition, primary goods, whose prices will not be affected at all by any devaluation, still make up the bulk of their exports whereas the small volume of their industrial outputs are uncompetitive and subject, anyway, to discrimination and quotas in the world markets. Within that context, the benefit of devaluation will be minimal. On the other hand it will undoubtedly lead to increased money supply, inflation and import price rises. Unemployment, whose level has already reached unbearable proportions with all the controls in spending and massive lay-offs in the private and public sectors under previous adjustment programmes, will keep rising.

Devaluation will not affect either the servicing of foreign debts, which absorbs a substantial portion of Africa’s export earnings. The anticipated deterioration of the economic situation could even worsen the situation.

Senegal is a striking example of all the problems of structural maladjustment. The country undertook a short-term emergency stabilisation programme in 1979, a financial adjustment programme (1985-1992) and medium and long-term adjustment programmes for the same period. But because of the constraint of the official exchange rate of 1FF to 50CFA, which has remained unchanged since 1948, the scope of the various programmes was limited to budget deficit reduction. Imports and public investments have been reduced but the budget deficit, which was estimated at over five per cent of GDP in 1989-90, has not been brought under control. Inflation rate is low but interest rates stay high. The economic rate of growth was 2.9 per cent in real terms in 1986-1990 instead of the annual rate of 3.5 per cent projected in the medium and long-term adjustment programme. Compared to a population growth rate estimated at three per cent, the level of economic growth did not improve GDP per capita.

The Government also undertook a reform of the banking system. As a result, the ailing national banks have been eliminated. The remaining banks are all foreign-owned: Crédit Lyonnais, BICIS (Banque Nationale de Paris), Société Générale, Citibank, and BIAO.

The economic woes of the francophone countries also reverberate in the economies of their neighbours, mainly Nigeria and Ghana. Nigeria, for example, devalued heavily the naira over a period of five years. This gives a competitive edge to Nigerian manufactured products but provokes at the same time loss of revenue with fuel being smuggled into the neighbouring francophone countries where fuel prices are much higher due to the differential of exchange rates.

As an alternative to devaluation, the francophone countries would be better off severing the links between France and the CFA franc in order to establish a central bank independent of France with full power to issue a separate currency and hold the mandatory reserves of the commercial banks. They can achieve such a goal with any chance of success only in integrating their economies with those of Nigeria and Ghana within the framework of the Economic Community of West African States (Ecowas) which represents a market of 160 million people.

Another of our Wednesday rendezvous with Africa... We will be looking at how former British colonies have fared in comparison to their francophone counterparts. Part of our tribute to 50 years of … END_OF_DOCUMENT_TOKEN_TO_BE_REPLACED 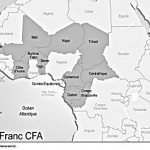