You are here : Accueil » Economy » Franc Zone must go

The Heads of African States, some of whom would not hesitate to shun an OAU meeting but would rush to meet the French President at the bi-annual gathering, display everlasting dependence whose foundations are made up of a scar and a web.

Nothing illustrates better the incapacity of Francophone African leaders to break away from the former coloniser than the declaration, in Senegal newly-voted constitution, to the Senegal’s adhesion to the Declaration of Human Rights of the French revolution – a revolution that condoned slavery, did well with its colonies and did see any need to abolish forced labour. 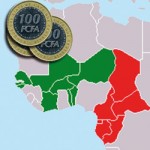 As for politics and economics, France’s unchallenged domination is rooted in a currency, the CFA franc. It was created in 1948 to help France shape and control the economies of its colonies. After independence, fourteen of these former colonies chose to remain in the post-colonial monetary mechanism. They surrendered the management of their foreign exchange reserves to the French treasury in exchange for convertibility of the CFA franc. Paradoxically, while maintaining a single currency, they dismantled the single market which they operated during colonial times, and erected trade barriers between them. As a result, the CFA money supply was mainly based on the volume of trade between France and its African allies. The consequences of such a monetary arrangement were devastating within these countries and the region as well.

As a remedy to these woes, the only solution found was devaluation. France was devoting only 1.26 per cent of its money supply to maintain such a beneficial scheme: a vast market for its products, a steady supply of cheap raw materials, the repatriation of the lion’s share of the local saving, unchallenged political influence, a strategic military presence, and the certainty that it can rely on its African allies on the international stage. However, it was still too much to pay, and the currency was heavily devalued from a parity of 1FF to 50CFA to 1FF to 100CFA in 1994.

The deteriorating economic conditions that ensued led to rising unemployment, skyrocketing prices and, worst of all, the liquidation of the states’ assets under the guise of privatisation, with sales mainly to French companies.

If within these countries, the submissiveness of an elite that trades its people to rush the proceeds to France has been the rule, at the regional level, especially within ECOWAS, the rule has been division and economic inefficiency.

Nigeria, in the past, has suffered losses of fuel revenue because of smuggling as a result of the CFA monetary policy. The same smuggling contributed to the decline of the cocoa sector in Ghana and is a major factor of friction between the Gambia and Senegal.

The dismantling of the Franc Zone is long overdue. There are two preconditions for establishing a monetary union between different countries: the existence of a single market and of a single government. Bismarck made sure that these conditions were met before he instituted the deutsche mark; Cavour did likewise for the lira in Italy. The euro’s troubles stem from the lack of credibility of the European countries that endowed themselves with a single currency without having achieved their political unity beforehand.

For France’s African allies, pretending that they can achieve economic integration is putting the cart before the horse – grafting an economic entity on a preconceived monetary union is not workable.

Another of our Wednesday rendezvous with Africa... We will be looking at how former British colonies have fared in comparison to their francophone counterparts. Part of our tribute to 50 years of … END_OF_DOCUMENT_TOKEN_TO_BE_REPLACED

The decades when the continent couldn’t raise major funds on ordinary commercial markets are over, but there are still worries about over-indebtedness. by Sanou Mbaye The nations of sub-Saharan … END_OF_DOCUMENT_TOKEN_TO_BE_REPLACED

Nowadays, African countries are wooed because they are perceived as the spearheads of the world economy. The Economist, the English weekly newspaper, predicts that in the next five years, seven out of … END_OF_DOCUMENT_TOKEN_TO_BE_REPLACED 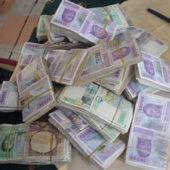 CFA Franc: a Colonial relic
Next