You are here : Accueil » Economy » Françafrique at 50

DAKAR – This month, Africa’s Francophone countries will mark the 50th anniversary of their independence, and of the ties they maintain with France. But is there much to celebrate?

Even before French President Charles de Gaulle took office in 1958, he foresaw the wave of revolutionary nationalism that would soon sweep across Africa, Asia, Latin America, and the Middle East. As French president, he sought to circumvent that tide by proposing to the leaders of France’s African colonies a negotiated settlement for independence. 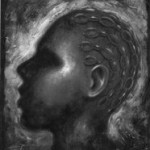 To accept de Gaulle’s offer, these leaders had to agree, among other things, to allow the stationing of French troops on their territory, provide France with a steady supply of raw materials at pre-determined prices, assume all colonial-era debts incurred by France, maintain the CFA Franc as their common currency, and grant the French Treasury veto authority over their sub-regional central banks. De Gaulle got most of what he wanted, and granted independence.

Francophone Africa has been paying for independence ever since. French troops have repeatedly intervened in Chad, Gabon, Zaire, Central Africa, Togo, and Côte d’Ivoire to prop up and protect complacent, corrupt, undemocratic, and incompetent leaders, remove recalcitrant ones, or curb civil unrest. In Rwanda, France has yet to live down its perceived role in enabling the 1994 genocide.

On the monetary front, the CFA Franc Zone’s member countries dismantled the federal structure that united them during French occupation and erected trade barriers instead. The CFA franc issued by two sub-regional central banks (BCEAO and BEAC) are not interchangeable. As a result, regional trade and economic integration have been stifled.

The ensuing economic difficulties were exacerbated under President François Mitterrand, whose prime minister, Pierre Bérégovoy, pursued a strong French franc – a policy that ultimately led to a massive 100% devaluation of the CFA franc in 1994. And the euro’s appreciation against the dollar from 2002 until very recently meant that the shift in the CFA franc’s exchange-rate peg from the French franc to the euro caused a repeat of that scenario. With the bulk of their exports denominated in US dollars and their imports priced mainly in euros, chronic structural deficits have wrecked the Franc Zone economies, and the prospect of a second devaluation looms larger by the day.

More appalling is the fact that France guarantees the CFA franc’s free convertibility into hard currency, originally on the condition that all 15 Franc Zone countries surrender 100% of their foreign reserves to the French Treasury. The amount was reduced to 65%, and then 50%, in 2005, but France still deducts its share directly from these countries’ export earnings.

Moreover, the mandatory 20% foreign exchange cover stipulated in the convention signed with France in 1962 now stands at 110%. And a foreign-exchange control enacted in 1993 ensures that only France benefits from this capital drain by limiting the free flow of capital to France alone. The ensuing massive capital flight has bled the region’s economies and eroded their competitiveness.

Unfortunately, West Africa’s regional grouping, the Economic Community of West African States (ECOWAS), is not as effective. With the establishment of ECOWAS, the Franc Zone countries created two sub-regional groupings, WAEMU and CEMAC, in a bid to curb British, American, and Nigerian influence. As a result, West African countries are mostly missing out on Africa’s current revival – and the prospect of a prolonged period of stagnation in the eurozone certainly won’t help.

The imbalanced relationship between France and its former African colonies would beggar belief if the psychology of Africa’s “liberators” 50 years ago were overlooked. Senegal’s first president, Léopold Sédar Senghor, was a strong believer in white supremacy who once wrote that “reason is Helennic; emotion is Negro.” Leon Mba, the first Gabonese president, was such a Francophile that he bequeathed his personal fortune to France in order to finance the construction of a hospital in Paris.

Similarly, the founder of Côte d’Ivoire, Félix Houphouët-Boigny, coined the word “Françafrique” to underline the total osmosis between France and its former colonies. Houphouët-Boigny’s support for France’s African policy led him to establish diplomatic ties with South Africa’s apartheid regime and make his country a supply-transit route for the Biafra secessionists.

These leaders were unlikely ever to dispute France’s diktat, and the same applies to their heirs. Indicted French child abductors were freed by Chad at France’s request. In Mali, several suspected terrorists – members of a local branch of Al Qaeda – were set free in exchange for a lone French hostage. Senegalese President Abdoulaye Wade once labeled the CFA franc a colonial relic – but that was when he was an opposition leader. Now he considers it the best currency in the world.

This economic and psychological status quo ensures that, after 50 years of independence, true emancipation for Françafrique will remain a distant prospect. If there is something to celebrate, it is that the balance of global economic power is shifting to emerging countries, and that new role models and a new generation raised in a globalized world are becoming ready to assume the mantle of leadership.

Another of our Wednesday rendezvous with Africa... We will be looking at how former British colonies have fared in comparison to their francophone counterparts. Part of our tribute to 50 years of … END_OF_DOCUMENT_TOKEN_TO_BE_REPLACED

The decades when the continent couldn’t raise major funds on ordinary commercial markets are over, but there are still worries about over-indebtedness. by Sanou Mbaye The nations of sub-Saharan … END_OF_DOCUMENT_TOKEN_TO_BE_REPLACED

Nowadays, African countries are wooed because they are perceived as the spearheads of the world economy. The Economist, the English weekly newspaper, predicts that in the next five years, seven out of … END_OF_DOCUMENT_TOKEN_TO_BE_REPLACED 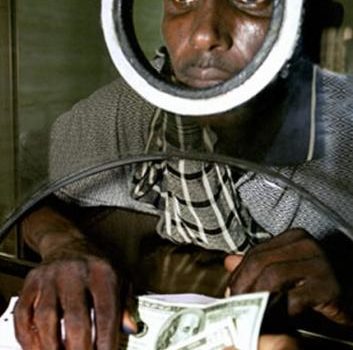 France-Africa leaders’ festivities : What to celebrate ?