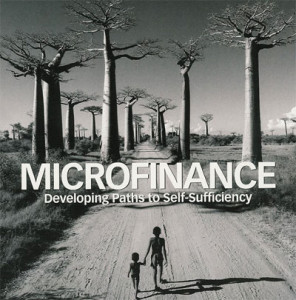 The year 2010 will mark the 50th anniversary of independence of most African countries. But is there much to celebrate? Economic situation has been improving in recent years – mostly in Eastern and Southern Africa, where economic integration is proceeding within the Common Market for Eastern and Southern Africa (COMESA) and the Southern Africa Development Community (SADC). Unfortunately, this is not the case in the former French colonies of West Africa.  The citizens of these countries continue to absorb the impact of the leftover of chaotic and ruinous neo-colonial policies. These are rooted in a currency, the CFA franc, which gives France control of 65% of the CFA countries’ foreign-exchange reserves. The combination of  currency convertibility, a grossly overvalued parity – pegged first to the French franc and now to the euro – as well as trade barriers led only to structural deficits, vast capital flight, and, in 1994, a 100% devaluation.

The world economic downturn and financial market tremors induced by the 2008 credit crisis have strained budgets in Africa. With the exception of Ghana, and a few other states, most African countries have experienced in 2009 a deterioration of their fiscal balances. But due to prudent management of public finances during previous periods of robust growth, a significant number of African countries have entered the current crisis in a better fiscal position than during past crises. In 2009, aggregate GDP growth averaged 1.6 %, down from about 5.7 % during the 2002-2008 period – but growth all the same. Long-term global demand for Africa’s commodities and land fuelled by huge emerging economies has rebound. China, which has increased trade with Africa five-fold since 2003, has played a leading role in this turnaround. Moreover, several African countries have continued to implement long-term reforms to improve their business environment and investment climate despite the daunting challenges presented by the crisis.

Yet there are numerous downsides such as adverse weather shocks, conflicts and political turmoil, which could still offset part of this hard-earned social and economic record. But, it is the dichotomised nature of their economies and finances that represents the most intractable structural imbalance with which they have to wrestle in order to keep the momentum going. On the one hand, there is a modern-run economy and on the other, a cash-based economy.

Public policies are exclusively articulated around the modern economy, considered to be the cornerstone of economic strength and the yardstick by which effectiveness is measured. The financial infrastructure of the modern economy is based on an entire set of legal, regulatory, accounting, credit reporting, payments and settlement systems. National Payment Systems operate electronic-based payment products and services. A high-value inter-bank funds transfer system settles transactions in real time, eliminates credit risk between system participants, increases circulation of funds, and enhances monetary policy implementation.  Banks are provided with a facility to monitor their positions in real time and hence make cost-effective investment decisions.

So far, only a few registered financial institutions, primarily the offshoots of western commercial banks, have access to these payment system facilities. Non-banking financial institutions such as foreign exchange bureaux, post offices and micro-finance institutions are not admitted, even when they are financially sound and sustainable. Such hi-jacking of national payment systems by the banks to service exclusively the modern economy, is compounded by the exclusive agreements that the banks and money transfer companies such as Western Union have signed with most African countries that exclude non-banking entities from the highly lucrative migrant transfers market, remittances from the African Diaspora standing out as one of the most significant contributing factor to economic growth in the region.

On the other hand, rural exodus and urbanisation have given birth to a dynamic informal sector unconnected to the modern economy. Although marginalised by African officials, this cash-based economy is a major contributor to the development of the productive capacity of the region. It employs over 90% of the workforce and is home to 75% of the retailers. However, in spite of the pivotal role that the informal sector plays in the economy, it has no access to conventional bank loans.  The only credit lines open to informal operators are provided by micro-finance institutions.

The micro-finance business model is based on lending that is guaranteed by the group. This translates into a solidarity network and a support mechanism mitigating the credit risk and encouraging loan repayment. Credit reimbursement in well-managed micro-finance institutions is around 95%. All studies undertaken in the area have also revealed that women are not only the most active among the informal sector entrepreneurs, but they are also quicker to meet their commitments.

African states must now realise that the modernisation of the informal sector and its integration into the modern economy can be a major development tool. A few countries have started moving in that direction. Nigeria has refrained from signing any exclusive agreement and its newly-consolidated banking industry is making significant inroad in the region. Rwanda has enacted official regulation eliminating exclusive agreements, and opening doors for micro-finance institutions to be payment service providers.  The South African Reserve Bank has created a special platform within its national payment system for micro-finance institutions and non-banks. Malawi’s national payments system is directly accessible to non-bank participants, including third-person service providers as well as system operators.

Micro-finance institutions’ access to national and regional payments systems and electronic retail facilities will go a long way to meeting the requirements of the retail and business sector in terms of banking facilities, will facilitate access of the poorest to financial services, will contribute to reduce the high level of the un-banked population, and will promote the development and integration of national financial systems, and intra-regional trade. This will form the basis of regional financial integration. This is a welcome development, since a significant proportion of intra-regional trade is carried out by informal operators and small and medium enterprises that do not have access to the banking system. Besides, economic integration and increased intra-trade are, for the countries of any given region, the best entry point into the global market.

When it comes to analysing the ills and woes of Africa, it is customary to hear people dwell at length on the traumatic past of the region and its people. However, there will be a need of an extensive stretch of the imagination to link this past with African leaders’ lack of political will, unaccountability, and their willingness to spend fortunes to equip their countries with settlement systems with state of the art technology, and then proceed to sign agreements excluding their citizens from these systems.

Another of our Wednesday rendezvous with Africa... We will be looking at how former British colonies have fared in comparison to their francophone counterparts. Part of our tribute to 50 years of … END_OF_DOCUMENT_TOKEN_TO_BE_REPLACED

The decades when the continent couldn’t raise major funds on ordinary commercial markets are over, but there are still worries about over-indebtedness. by Sanou Mbaye The nations of sub-Saharan … END_OF_DOCUMENT_TOKEN_TO_BE_REPLACED

Nowadays, African countries are wooed because they are perceived as the spearheads of the world economy. The Economist, the English weekly newspaper, predicts that in the next five years, seven out of … END_OF_DOCUMENT_TOKEN_TO_BE_REPLACED 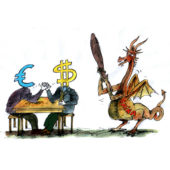 CURRENCY WAR CLOUDS OVER AFRICA
Next

Stakeholders in the Côte d’Ivoire crisis