It takes a threat to oil supplies to get world leaders to pay attention to Africa . Usually neglected by globetrotting statesmen, the continent recently saw visits from US President George W. Bush, Chinese President Hu Jintao, Brazil ‘s Lula Da Silva, German Chancellor Gerhard Schroeder and many other world leaders. Their public comments were typically devoted to development, ending Africa ‘s many wars, and the fight against HIV/AIDS, but all of them had oil on their minds. 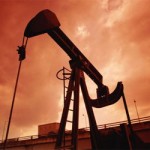 The US alone imports 1.5 million barrels a day from West Africa, the same amount it imports from Saudi Arabia . According to the US Energy Department, within this decade American oil imports from Africa will reach 770 millions barrels annually, as exploration intensifies throughout the Gulf of Guinea , and as the US brokers peace in war-ravaged oil-producing countries, such as Sudan and Angola , and establishes strategic bases to safeguard output. As a result, West African oil producers will be earning an estimated $200 billion over the next decade, more than 10 times the sum Western countries allocate each year to the “aid industry” in the region.

So why aren’t Africans celebrating? Because they are well aware of the “curse of oil” – corruption, conflict, ecological disaster, and anaesthetized entrepreneurial spirit. In Nigeria, an estimated $300 billion in oil revenues entered the government’s coffers over the past 25 years, but per capita income remains less than one dollar a day for the simple reason that much of the money ends up in Swiss bank accounts, like the one owned by the late dictator Sani Abacha.

In Angola , British Petroleum revealed that it had to pay a $111 million “signature bonus” to the government. As scandalous as it might be, these sums are mere peanuts compared to the $4.5 billions in oil revenues supposedly siphoned away from African government coffers over the last decade.

But graft and theft are not the only problems. The celebrated pipeline between Chad and Cameroon caused water pollution, devastated pygmies’ hunting grounds, destroyed harvests, and spread AIDS – perhaps the inevitable result of ill-educated migrant workers toiling thousands of miles from home, with a horde of prostitutes following them. Projected annual revenues from this project for oil companies such as Chevron, Exxon, and Petronas, and lenders like the World Bank and the European Investment Bank, are estimated at $4.7 billion. Chad will see a mere $62 million, and Cameroon just $18.6 million.

So petrodollars exacerbate poverty in sub-Saharan Africa , not cure it. Only openness and accountability can reverse this trend. This was the objective set by the Extractive Industries Transparency Initiative, which requested that the publication of multinational oil companies’ payments to governments be made mandatory. Unfortunately, because the companies and African politicians have every reason to avoid transparency, the EITI plans were rendered meaningless when they were not made compulsory.

What lessons can be learned from this sorry state of affairs? One relates to the defenders of those suffering such obvious exploitation. The people who rebelled against these injustices were not Africans, but well-wishers from western organizations such as EITI, the US aid agency Catholic Relief Services (CRS), and Global Witness. African intellectuals, artists, and civil rights activists did not feel the need to express solidarity with fellow Africans and to defend the rights of the downtrodden. African civil society seems trapped in indifference and inertia.

Another lesson concerns Africa ‘s failed political leadership. It is customary to link Africa ‘s failures to slavery and colonization, and no one can deny such claims. But this recognition does not exonerate Africa ‘s “kinglets,” who handed their subjects over to the slave traders. Recently, a congregation of African church leaders convened in the Senegalese island of Gorée and urged their people to assess their share of responsibility for the slave trade. The call went unheeded.

That is a shame, for here was a moment to expose the flaws of most African leaders throughout our tormented history. The constant ability of Africa’s leaders to betray their people is the root cause of Africa ‘s current misery. Their fecklessness and recklessness are what convince much of the world that Africans can do nothing but dance, slaughter each other, and beg. Easy access to oil wealth only allows their cynical frivolity to continue.

If Africa’s oil wealth is to be exploited – and it will be exploited – it is in the interest of oil importing countries to promote better government in Africa . After all, the West is now paying a high price for allowing the ordinary people of the Middle East to live for so long in hopeless squalor while their rulers wallowed in oil wealth. No one, least of all impoverished Africans, can afford to repeat that mistake.

Sanou Mbaye is a former economist with the African Development Bank.

Another of our Wednesday rendezvous with Africa... We will be looking at how former British colonies have fared in comparison to their francophone counterparts. Part of our tribute to 50 years of … END_OF_DOCUMENT_TOKEN_TO_BE_REPLACED

The decades when the continent couldn’t raise major funds on ordinary commercial markets are over, but there are still worries about over-indebtedness. by Sanou Mbaye The nations of sub-Saharan … END_OF_DOCUMENT_TOKEN_TO_BE_REPLACED

Nowadays, African countries are wooed because they are perceived as the spearheads of the world economy. The Economist, the English weekly newspaper, predicts that in the next five years, seven out of … END_OF_DOCUMENT_TOKEN_TO_BE_REPLACED

Starving for Capital in Sub-Saharan Africa