The success that US President George W. Bush and his special envoy, former Secretary of State James Baker, had in getting Iraq’s foreign debts canceled or rescheduled shows what can be done when a policy is backed by political will. The contrast with Africa’s debts could hardly be starker. Just three years ago, Jubilee 2000 made news when civil society groups, rock stars, and a few finance ministers like Britain’s Gordon Brown pushed for African debt cancellation. President Bush mostly succeeded in his crusade; Jubilee 2000 succeeded mostly in getting empty promises. 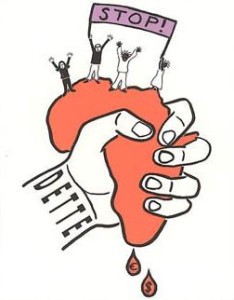 Of course, the two campaigns confronted different obstacles and had different bases of support. Baker’s mission possessed the unlimited backing of a US faced with the gargantuan cost of reconstructing Iraq; Jubilee 2000 had only world opinion behind it. Lucrative reconstruction contracts in Iraq gave America leverage to coerce its allies into submission; Jubilee 2000 had no such weapon of persuasion.

Finally, Baker was appealing to America’s traditional allies in Europe and the Middle East, who need American friendship in many areas. The campaign to forgive Africa’s debt was, on the other hand, focused on the crushing debt load owed by African countries to the IMF and the World Bank, who only have money to worry about. Still, the Jubilee campaign’s street protests began a healthy debate about the lending arrangements of the IMF/World Bank.

But the time has come to abandon the Jubilee movement’s humanitarian approach and focus instead on the legal aspect. It is worth remembering that no sub-Saharan African country – with the exceptions of South Africa and Rhodesia (now Zimbabwe), then administered by white minority governments – could tap international capital markets at independence in the early 1960’s. Domestic capital markets were non-existent. As a result, these countries were left with no choice but to subcontract their development to the IMF and World Bank.

These institutions identified, appraised, approved, and financed projects that ratcheted up African debt. They monitored and sanctioned the recruitment of consultants that conducted the studies related to these projects, as well as the expatriate staff involved in their execution. During the period of implementation, they carried out regular supervisory missions supplemented by quarterly progress reports and annual audits.

Still, despite all these costly measures paid for by Africans, all the post-evaluation reports on completed projects indicated that the overwhelming majority of projects were unable to generate the revenues needed to service the debts that financed them. But the debtor countries are nonetheless obliged to service these debts by whatever means necessary, including more borrowing and further entanglement, leading to further impoverishment. For example, per capita growth between 1965 and 1998 was -0.8 in Ivory Coast and Ghana, -0.1 in Guinea Bissau, -2 in Zambia and Mauritania, and zero in Nigeria.

What went wrong? The multilateral lenders advocated a development strategy based on the theory of comparative advantage and unbridled economic liberalization. Africa had to open its markets while producing raw materials and basic products to generate revenues for investment in industry, education, health, and food production. These assumptions turned out to be wrong, as export prices fell steadily over four decades.

But it should have been obvious from the outset that the IMF/World Bank strategy was doomed to fail. All developed nations protected and subsidized their domestic production in the first phases of their development – and still do whenever it suits them.

Furthermore the US, the EU member states and the East Asian countries all regulated inward foreign investment and imposed capital controls. Partnerships with foreign companies were designed to allow local businesses to benefit from technology transfer and training, while creating the most favorable conditions for local producers to add value to domestic production and exports.

In the face of these undeniable facts, the path chosen by the IMF and the World Bank was, at best, a mark of their incompetence and, at worst, a deliberate ploy to keep the sub-Saharan countries and their populations in bondage. Whatever the case, both institutions certainly have much to answer for – and the loan agreements provide an arbitration clause to bring them to account. These clauses have yet to be invoked, but for the sake of unity and to strengthen the solidarity of African countries, it would be advisable for the nascent African Union take the lead.

The AU should seek legal advice, have the issue included on the agenda of the UN General Assembly, advocate the freezing of international debt payments while arbitration proceedings are taking place and secure the support of the international community, especially NGOs that have a track record in raising awareness about Africa’s debts. Any compensation retrieved from such legal proceedings should be used to establish an African monetary fund whose objective would be to put Africa on a fast track to comprehensive regional integration, enabling the continent to capitalize on globalization’s positive features.

Litigation can be costly and hazardous. However, set against the alternative of relying on handouts punctuated by desperation and frequent episodes of collective self-destruction, Africa should choose the legal option to rally its people and rescue its development process.

Another of our Wednesday rendezvous with Africa... We will be looking at how former British colonies have fared in comparison to their francophone counterparts. Part of our tribute to 50 years of … END_OF_DOCUMENT_TOKEN_TO_BE_REPLACED

The decades when the continent couldn’t raise major funds on ordinary commercial markets are over, but there are still worries about over-indebtedness. by Sanou Mbaye The nations of sub-Saharan … END_OF_DOCUMENT_TOKEN_TO_BE_REPLACED

Nowadays, African countries are wooed because they are perceived as the spearheads of the world economy. The Economist, the English weekly newspaper, predicts that in the next five years, seven out of … END_OF_DOCUMENT_TOKEN_TO_BE_REPLACED

How the French Plunder Africa
Next 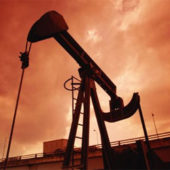