You are here : Accueil » Economy » BOOM OF RAW MATERIALS 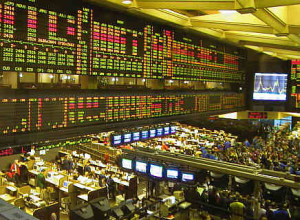 Two major events combined to drive oil and raw material prices at new height. First, financial turmoil linked to the subprime credit crisis, growing risk of inflation, a weak US economy and a falling dollar have made attractive oil and precious metals such as gold and platinum as safe sheltering values for investors and speculators as well. Increased demand for raw materials from Asia, especially China, is the other contributing factor behind the soaring prices of oil and raw materials. Since 2004 the price of oil has soared above the threshold of 100 dollars for the barrel and that of gold of 1000 dollars the ounce.

For Africa, a continent well endowed with enormous geological and mining resources, the impact of these rising prices is both positive and negative. The positive aspect is related to the fact that the region is experiencing economic growth rates above 5% since 2004 while, at the same time, oil producers countries are seeing their export earnings increase substantially. According to the U.S. Department of Energy, oil imports from the US should earn African oil producers about $ 200 billion over a decade. These estimations were based on a price of a barrel of oil of 20 dollars. Now that it exceeds 100 dollars, and if we take into account the revenues derived from exports to China which imports 30% of its oil supply from Africa, one can easily imagine the enormous amount of money that will flood the coffers of some African Treasuries, especially if one factors all the other exports.

The negative aspect of the rising prices of raw materials relates to the appreciation of real exchange rates in oil export countries which crucify agricultural exports and triggers a wave of price increases particularly damaging in the food sector. The increase in the cost of living in African countries net oil-importers has destroyed what little progress they had made in recent years. The African Development Bank (ADB) has estimated that the economic activities of these countries may suffer a contraction of up to 20%.

The increase of the price of food has also triggered food riots and death in countries such as Egypt, Côte d’Ivoire, Cameroon, Burkina Faso, Senegal, Mauritania and Madagascar. Clearly, the list of countries overwhelmed by these riots will increase. The World Bank estimates that 33 countries could experience political turmoil and social unrest because of the sharp rise in the prices of food and energy.

To sustain the current economic progress, while offsetting the adverse effects of the rising food and oil prices, countries in sub-Saharan Africa should translate into practice the budget solidarity enshrined in the provisions of all regional organisations in order to diversify and modernise their economies. To do so, they must break with the international division of labour which confines them to the role of producers of raw materials and excludes them from any industrialisation process. Their accession to “independence” in the late 1950s and early 1960s did not change this order. With only embryos of domestic capital markets, unable to raise funds other than those from multilateral banks, bilateral sources and commercial banks, these countries remain trapped into a web of comprehensive and exploitative trade deals, western market access restrictions, denial of borrowing on international markets, aid addiction, restrictive domestic investment, crippling debts, political meddling and military intervention. To escape from the trap they are locked in they would be better off creating a pan-African Confederation for the management of their resources. This organisation would pursue three objectives:

Another of our Wednesday rendezvous with Africa... We will be looking at how former British colonies have fared in comparison to their francophone counterparts. Part of our tribute to 50 years of … END_OF_DOCUMENT_TOKEN_TO_BE_REPLACED

The decades when the continent couldn’t raise major funds on ordinary commercial markets are over, but there are still worries about over-indebtedness. by Sanou Mbaye The nations of sub-Saharan … END_OF_DOCUMENT_TOKEN_TO_BE_REPLACED

Nowadays, African countries are wooed because they are perceived as the spearheads of the world economy. The Economist, the English weekly newspaper, predicts that in the next five years, seven out of … END_OF_DOCUMENT_TOKEN_TO_BE_REPLACED