DAKAR – Sub-Saharan African is in the grip of currency-union mania. Regional groups of countries in eastern, southern, and western Africa are all giving priority to the idea of creating a monetary union. But haven’t we heard this all before in Africa?

Indeed, today’s enthusiasm for currency unions ignores the poor track record of previous attempts on the continent to establish them through peaceful means. A common currency requires unified and centrally agreed monetary and fiscal policies. But this necessitates political integration, which, as the troubles of the euro this year have demonstrated, is a hard sell among nation-states. 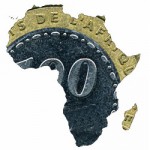 Before the euro’s arrival on the international financial scene in 1999, the only examples of countries with common currencies were neo-colonial francophone Africa and nineteenth-century precedents like the Latin American and Scandinavian monetary unions. The creation of the CFA franc, which gives France control of 65% of the CFA countries’ foreign-exchange reserves, combined currency convertibility with a grossly overvalued parity – pegged first to the French franc and now to the euro – as well as trade barriers. This led only to structural deficits, vast capital flight, and, in 1994, a 100% devaluation.

Yet, despite the difficulties that have bedeviled the CFA (and the euro of late) – indeed, despite the absence of viable regional customs unions (except in the East African Community), let alone a single market – Africans retain a strong allegiance to the idea of a currency union.

That allegiance is misplaced. At this stage of their economic development, with its focus on commodity exports, the priority for Africa’s countries should be long-term economic integration, not currency union. Here, the model to follow is not the euro, but Latin America’s Southern Common Market (Mercosur) and the Association of Southeast Asian Nations (ASEAN). Both regional groupings have, by lowering trade barriers, delivered a real catalyst to economic growth.

Mercosur’s member countries have adopted a strategy that prioritizes the creation of a free-trade area. They steered clear of establishing a heavy budget-fueled bureaucracy, leaving respective ministries to handle administering the accord. In 2008, Mercosur intra-regional exports reached $41.6 billion, up by 28.4% from 2007. The external trade of Paraguay, Argentina, and Brazil within the area amounted, respectively, to 65%, 33%, and 15% of their total exports.

The other major advantage of such regional groupings has been their ability to attract foreign direct investment. Since the early 1990’s, Mercosur has managed to mobilize 5.9% of world FDI inflows. In 2008, it attracted a record $56 billion in FDI, an increase of 31.5 % from 2007. Moreover, cross-investment between Mercosur member countries has led to greater economic integration. Argentina is now Brazil’s second-largest trading partner, behind the United States, while Brazil is Argentina’s largest trading partner, ahead of the US.

The seven member countries of ASEAN decided to implement economic “roadmaps” defining integration priorities, a testimony to their determination to achieve a single economic community. A currency union, however, is not high on the agenda. In 2009, ASEAN regional trade represented 24.6% of its members’ total exports and 24.3% of total imports.

By contrast, trade among African countries accounts for only about 10-12% of the continent’s exports and imports. But, partly because several African countries have escaped the hang-over from the global credit crisis, more investors are focusing on business opportunities there. By 2050, the combined GDP of the largest 11 African economies should reach more than $13 trillion, surpassing Brazil and Russia (but not China or India).

For some analysts, the emergence of countries like Brazil as economic powerhouses stems partly from successful demutualization of their stock exchanges. Twenty-three bourses are currently operating in Africa, and their combined market capitalization has soared from $245 billion in 2002 to $1 trillion (2% of the world total) at the end of 2009 – as high as the fifteenth-largest stock exchange in the world. With a volume of $800 billion, the Johannesburg Stock Exchange alone accounts for 80% of the total and ranks 19th worldwide. Nigeria plans to demutualize its stock exchange in order to establish it among the prime destinations for frontier investors.

Africa stands to benefit from a massive economic turnaround, provided that the right environment for sustainable growth and rising productivity is created. This requires consistent macroeconomic policies focused on economic integration, food self-sufficiency, low inflation, and reduced debt. It also requires political stability, eradication of corruption, enhanced rule of law, improvement of basic levels of education, and greater use of mobile telephones and the Internet.

What it does not require is a currency union. When it comes to exchange rates, the members of Africa’s economic groupings would be better off linking their currencies in regional monetary systems to prevent large fluctuations relative to one another.

Sanou Mbaye, a former member of the senior management team of the African Development Bank, is the author of “L’Afrique au secours de l’Afrique” (Africa to the Rescue of Africa).

Another of our Wednesday rendezvous with Africa... We will be looking at how former British colonies have fared in comparison to their francophone counterparts. Part of our tribute to 50 years of … END_OF_DOCUMENT_TOKEN_TO_BE_REPLACED

The decades when the continent couldn’t raise major funds on ordinary commercial markets are over, but there are still worries about over-indebtedness. by Sanou Mbaye The nations of sub-Saharan … END_OF_DOCUMENT_TOKEN_TO_BE_REPLACED

Nowadays, African countries are wooed because they are perceived as the spearheads of the world economy. The Economist, the English weekly newspaper, predicts that in the next five years, seven out of … END_OF_DOCUMENT_TOKEN_TO_BE_REPLACED

The Slave Ethos and the African Economy
Next