You are here : Accueil » Economy » The Slave Ethos and the African Economy

DAKAR – The slump in prices for Africa’s natural resources, which led to chronic deficits in the past, has been reversed. Consumption, fueled by huge Asian demand for African commodities, is on the rise across the continent. For much of Africa, this turn of events should mark a decisive break with endemic poverty. But, unless African leaders change their ways, it will not. 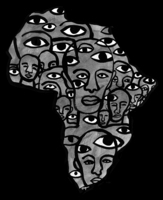 Africa is estimated to hold more than 10% of global oil reserves and one-third of reserves of cobalt and base metals. South Africa alone possesses 40% of the world’s gold, which has been skyrocketing in value since the onset of the global financial crisis. Africa’s agricultural potential has barely been touched.

Long-term global demand for Africa’s commodities, land, and manpower is unlikely to diminish. China, which has increased trade with Africa five-fold since 2003, has played a leading role in this turnaround, which has encouraged investors from elsewhere, including Europe and the United States, to rethink their approach to investing in Africa. This has translated into a steady flow of multibillion-dollar investments in the region. As a result, the IMF forecasts 4.7% GDP growth in sub-Saharan Africa this year, rising to nearly 6% in 2011.

Unfortunately, however, while the direction of Africa’s trade may be changing, its composition – raw-material exports and manufactured imports – is not.

In the half-century since colonialism ended (for the most part), sub-Saharan Africa has experienced many false dawns. One remembers the 1960’s, when the global economy’s “long boom” gave Africa a chance to save its surpluses, invest in value-added industries, and increase productivity. Instead, Africa squandered the opportunity on consumption of foreign goods.

This pattern of behavior conforms to some of the worst undertakings of Africa’s elite. Hundreds of years ago, many African kings effectively engaged with the West’s rising imperial powers to halt the growth of indigenous industry in pre-colonial Africa. Instead of having their peoples begin to manufacture their own goods, these rulers chose to import them from Europe in exchange for their own subjects – or the subjects of neighboring rulers – whom they exported as slaves.

Back then, imported goods consisted mainly of beads, alcohol, and, most importantly, weapons, which enabled these rulers to exercise extreme violence over their people. It was a system that no doubt worked to the benefit of Africa’s partners. But it would not have existed without the active and willing participation of African elites.

When slavery was abolished in the mid-nineteenth century, the terms of these rulers’ partnership with Western colonizers changed from trade in slaves to trade in commodities. After independence in the early 1960’s, during the Cold War, many African rulers played the West against the Soviet bloc to retain their predatory economies. Today, they pursue the same goal with the help mainly of China, but also of Iran, Venezuela, and occasionally India and Brazil.

Elite networks continue to conspire with foreign interests to cannibalize their economies and retain the perquisites of power: fleets of luxury cars, private jets, bank accounts in tax havens, overseas properties, consumer goods, weaponry, etc. Their contempt for local products extends to health and education: rather than invest in these vital sectors, Africa’s rulers use private overseas healthcare and schools for themselves and their children.

This culture of exploiting Africa’s human and natural resources at will – not through entrepreneurial endeavor and wealth creation, but by means of predatory politics – is deeply entrenched. Indeed, the few trade unionists, intellectuals, and others who challenge these regimes usually do not seek to change how the state functions, but rather to ensure that, as they put it, they get their “turn to eat.”

One might expect that national and international non-governmental organizations would fill the gap. Not so. If a few NGOs have achieved great results fighting the ills of Africa’s poor, the vast majority are perceived as either a “fifth column” of the West or a refuge for fringe members of the elite who use widespread poverty as another source of lucre.

According to estimates published in the Financial Times on June 1st, at least $854 billion (€702.6 billion) have been siphoned from Africa since 1970 in cumulative capital flight. However, this cost is nothing compared to the scars associated with Africans being seen around the world as the “wretched of the earth.” Apart from war-ravaged regions, only Africa has so many young people – some 60% of the population – who are prepared to brave any danger to flee their land. However sad and painful it is to admit, a fleet of slave ships docking on Africa’s shores today would be overrun by willing would-be deportees.

At the turn of the millennium, a meeting of African church leaders convened on the Senegalese island of Gorée to urge Africans to assess their share of responsibility for the slave trade. The call went unheeded, in keeping with the general atmosphere of self-denial surrounding the issue. Historians and others who venture to break the silence are lambasted as traitors to the black cause.

Yet the truth cannot be denied. Africa faces a crisis of leadership and governance, owing to a dysfunctional ethos. If Africans want to change this, they cannot spare themselves a collective debate about their elites’ complicity in widespread impoverishment.

Sanou Mbaye, a Senegalese economist and a former member of the senior management team of the African Development Bank, is the author of, most recently, L’Afrique au secours de l’Afrique (Africa to the rescue of Africa).

Another of our Wednesday rendezvous with Africa... We will be looking at how former British colonies have fared in comparison to their francophone counterparts. Part of our tribute to 50 years of … END_OF_DOCUMENT_TOKEN_TO_BE_REPLACED

The decades when the continent couldn’t raise major funds on ordinary commercial markets are over, but there are still worries about over-indebtedness. by Sanou Mbaye The nations of sub-Saharan … END_OF_DOCUMENT_TOKEN_TO_BE_REPLACED

Nowadays, African countries are wooed because they are perceived as the spearheads of the world economy. The Economist, the English weekly newspaper, predicts that in the next five years, seven out of … END_OF_DOCUMENT_TOKEN_TO_BE_REPLACED 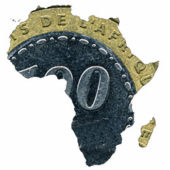